Over the next week, starting on Sunday 27th April, Philip Radford and Dale Williams, both Partners at BPE, will be travelling across the Scottish Highlands and Islands, as entrants in the Hero Events  “Scottish Malts”  reliability trial.

Hitting the road in a 51 year old MG Midget the classic car enthusiasts, along with 59 other entrants, will start off their journey at Gleneagles, before travelling to Skye and then Strathpeffer.  The event is one of the premier classic car events in the UK and is open to cars built before 31st December 1981. They will have to navigate the route with a detailed road book – phones and GPS are not allowed, and along the way they will enjoy driving tests, regularities and link sections, as well as tests at stately homes, castles and distilleries.

Philip carried out a ground up rebuild of the MG Midget 24 years ago. The car, known as Leo for short, was named by Philip’s classic car enthusiast nine year old daughter, after Leonardo da Vinci (because both were old)! Leo had languished immobile in a lock-up Garage for 17 years, after being driven into a tree, until he was rescued by Philip and completely rebuilt and re-sprayed British Racing Green. You can see from the photographs that Philip achieved a considerable transformation! 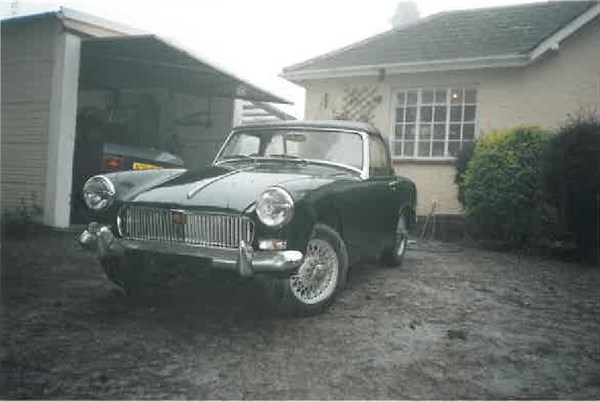 For the technically minded Leo is a standard MK2, 1098cc car, converted to run on lead free fuel, and has travelled just over 9,000 miles in the last 24 years and only 63,000 since it was first registered! So, Philip and Dale have a challenge ahead of them!

Dale’s past experience rebuilding MG midgets was whilst as a student and trainee lawyer, during which time he had plenty of fun and challenges regularly replacing worn out components on what were then considered to be old cars!

Philip and Dale will be writing a daily blog of their activities and challenges and we invite you to follow them for what should be an interesting week!