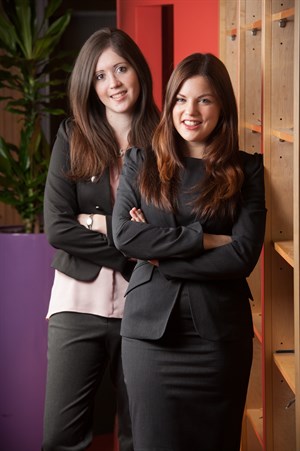 We have recently welcomed two new trainee solicitors to our Cheltenham Head Office.

Harriet Willmore and Sian Randles have both joined us on a two year training contract, due to be completed in September 2016.

Harriet, originally from the Cotswolds, has taken up her first seat in our Commercial Property team, having previously worked as a legal advisor to a recruitment company in Manchester.

She commented, “It’s great to be part of such an entrepreneurial firm like BPE. I’ve already been assisting other colleagues during all stages of the conveyancing process and I’m excited for the opportunities that lie ahead.”

Sian Randles joins the firm with experience in both conveyancing and as a court usher. Originally from Surrey, Sian will initially be working in our Corporate team, assisting with the team’s listed company and mergers and acquisitions work.

Commenting on her new role, Sian said, “I’m really enjoying putting into practice what I have been studying for four years. There’s a great atmosphere around the office and it’s nice to be surrounded by like-minded people.”

Harriet and Sian will work in four different departments over the course of two years. They join three other Trainee Solicitors who are already at BPE - Kathryn Johnston, Katy Ponsford and Angharad Rees.

John Workman, Senior Partner at BPE said, “We’re dedicated to ongoing and sustainable development of the firm. To keep growing, we need to refresh the gene pool with bright young people.”