More than 80 business people gathered at Stroud’s Swarez Art Gallery on 27 November for Taste of Innovation, an event hosted by law firm BPE to celebrate and showcase the district’s entrepreneurialism and innovation. 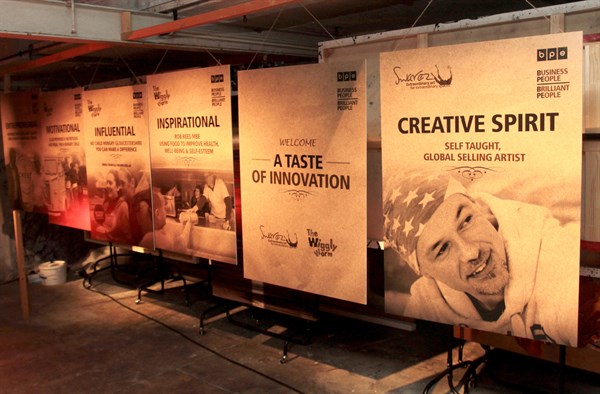 The Cotswold Chef™, Rob Rees MBE, talked about his creation of the Wiggly Worm charity and its No Child Hungry Gloucestershire campaign which aims to fight food poverty in the county – an initiative backed by BPE and one of its clients, Creed Foodservice. Representatives from Creed Foodservice outlined how the firm supports Wiggly Worm by encouraging staff to volunteer for the charity as well donating surplus food.

Also present was gallery owner and artist Ed Swarez who introduced guests to his experimental Art Meets Chemistry style in the mill-turned-gallery venue. Up until seven years ago Ed was a van driver and is now , now he is a global selling artist.

Guests were served chilli from the Little Green Wiggly Machine, The Wiggly Worm’s converted 1967 Citroen H van which acts as a street food restaurant by day and converts into a food poverty pop-up giving free food to those in need across the county. 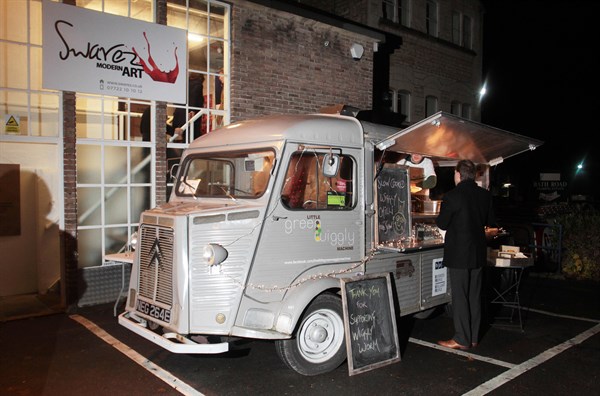 BPE invited Rees and Swarez to headline the event due to their proven flair for innovation in business, as Senior Partner John Workman explains: “Rob and Ed are both hugely successful in very different ways, and it is that diversity of entrepreneurialism in the Stroud district that BPE wants to champion and celebrate. Our Taste of Innovation evening was more than just a networking platform for enterprising businesses and individuals. It enabled us to show how much can be achieved when like-minded organisations collaborate. We hope we have encouraged more businesses to engage with No Child Hungry Gloucestershire and help combat food poverty in the county.” 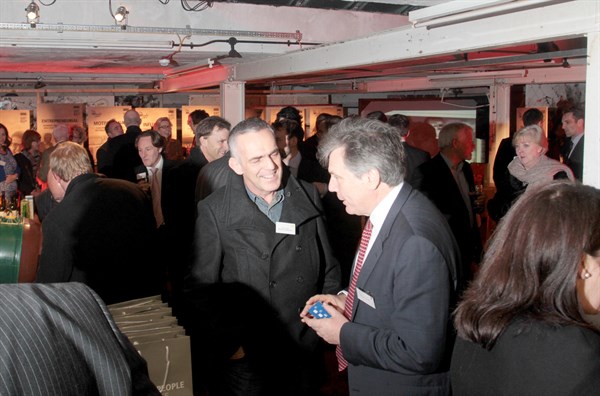 Cheltenham-based BPE opened its Stroud office in September, following the acquisition of Leigh Young Solicitors. It was also a sponsor of the 2014 Stroud Festival of Manufacturing and Engineering, FESTOMANE, which seeks to connect young people and schools with businesses and opportunities.