For those of you not aware (have a look at some of our previous blog posts that cover the event in more detail), the challenge involved the four of us cycling over 500 miles in just three days – 527 miles to be precise. The good news is that we did it, and with plenty of miles to spare (more through tactical error than judgement, we might add).

Across the 3 days we experienced just about every kind of weather imaginable; beautiful sun, wind, rain, hail and fog, and saw some of the best scenery that France has to offer, from rivers and valleys to forests and even a chateaux.

As a team, we ended up cycling in excess of 600 miles and climbed over 30,000ft over the three days which, as it happens, is not far off cycling to the top of Mount Everest!

There were just too many highlights from the challenge to realistically list them in a short blog, but some standout moments from our weekend included: And during the course of the weekend, we also learned a number of things about the French:

All in all, we had an amazing time and got to meet some fantastic people whilst we were undertaking the challenge. Oh and as a group, the Extra Mile Challenge competitors actually managed to drink the hotel bar dry on the last night – at least there is something we are better than the French at...

There are a number of people/friends that we need to say a big thank you to. Without them, we wouldn’t have been able to have gone to France, let along completed the challenge.

First and foremost, we want to pass on our most sincere thanks to Bob Holt and Anteneh Taklaeb.  Bob graciously let us borrow his Land Rover to act as team car for the weekend. Anteneh was our driver, moral compass and source of much entertainment across the 5 days.

We also need to thank our amazing sponsors, Brewin Dolphin, GillFoxJames and Pro-Bolt. All three are great friends to BPE and their support and sponsorship for this event was incredible.

So that’s it for this year.  We still have about a month to raise some more money for The Extra Mile charity and the Footprints Foundation so please do visit https://www.justgiving.com/BPE-Solicitors/ and give whatever money you can to help support these wonderful causes. 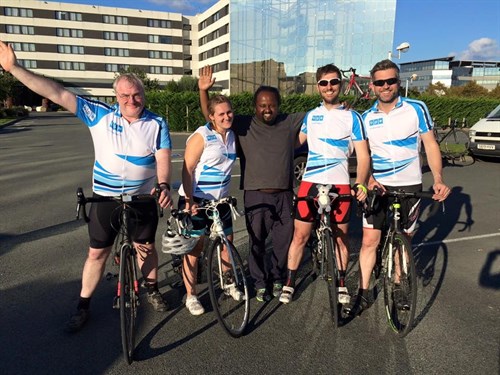 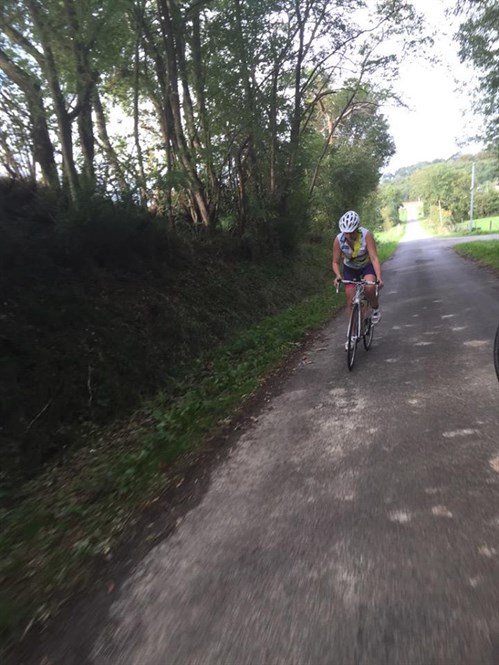