BPE Solicitors has increased its number of trainees from eight to 12, reflecting the law firm’s growth and development with new appointments at its Cheltenham head office.

Sian Randles, Alessandro Morgan-Gianni and Sarah Dent have joined the firm’s Commercial Property department, while Lucy Robbins becomes the latest addition to the Commercial team. The group is amongst the latest trainee appointments at the firm, joining Zaia Ndokera, George Dale and Kathryn Broughton who commenced their contracts at BPE in April of this year.

The new trainees will each work in four different departments within the firm over the course of two years. BPE takes on trainees twice a year, and has welcomed eight trainee solicitors since 2014.

Originally from Surrey, Sian studied Law at Durham University and completed her LPC at Nottingham Law School. Sian has previous experience in both conveyancing and as a court usher.

Speaking of the new staff, John Workman, Senior Partner remarked: “We are delighted to welcome Sian, Lucy, Alessandro and Sarah to the firm. It is an exciting time for us as we are expanding in many areas, and increasing our flock of trainees is a key part of our growth as a business. We are committed to finding and developing talent who will bring something new to the firm, and who will contribute to our success as well as the success of our clients.” 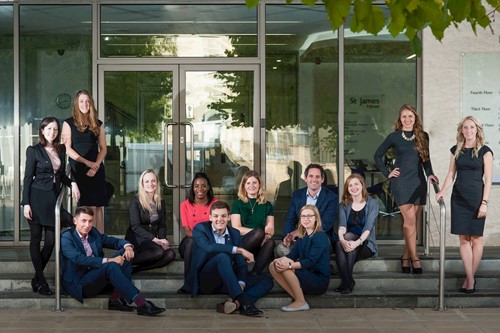