A group of 35 business professionals joined the latest RePLY networking event held at The Painswick, The Times Hotel of the Year 2016. As well as a welcome from Helen Cankett, Head of Family at BPE, and Oliver Newbold from Randall & Payne, delegates heard from Richard Ball, MD of the Calcot Collection, the owners of the hotel.

Richard explained the history of Calcot, from the original hotel, Calcot Manor, to the current group of three throughout the Cotswolds; Calcot Manor, Barnsley House and The Painswick. The group also runs a hotel in the North East of England, the Lord Crewe Arms. The Painswick is their most recent addition, and was awarded the highly-coveted title of The Times Hotel of the Year, 2016.

The RePLY series of events are jointly hosted by BPE Solicitors and Randall & Payne Chartered Accountants, and follow a structure which includes a speaker, networking opportunities and a tour or demonstration. Richard led a discussion around the story of the Calcot Collection, the reasons for acquiring the Painswick and how the recent economic changes, in particular Brexit, have affected the hospitality industry. Richard described how the weakened pound has actually had a positive effect on their business, having seen an increase in bookings from those choosing not to holiday overseas. 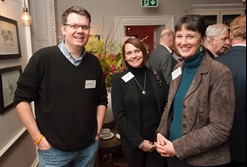 “The Painswick is a fantastic venue for RePLY,” said Helen Cankett, “the Calcot Collection has worked extremely hard to establish it as a venue of choice, both locally, regionally and further afield. This has been recognised with their recent award from The Times, and really underlines the potential of businesses in the Cotswolds to make a splash in a much bigger pond. Yes, Brexit will present challenges, but it will also present opportunities for those who choose to see them.”

The RePLY networking events take place quarterly at different venues across Stroud and The Five Valleys. They offer attendees the chance to find out more about local businesses, as well as network with like-minded professionals. The next event will take place in Spring 2017, with details to be announced shortly. 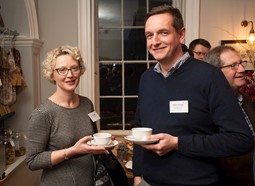