The Prescott Speed Hill Climb course in Gotherington saw some fast-paced driving and networking on Thursday 4 May, as BPE Solicitors and Brewin Dolphin invited private clients and some of the region’s top businesses to a networking event with a difference.

More than 50 valued clients and their cars were invited to the event, which was jointly hosted by the two Cheltenham-based firms. All those in attendance were also offered the opportunity for a sneak preview of the Bugatti Trust’s new exhibition, including an incredibly rare model from the car-maker’s early days. 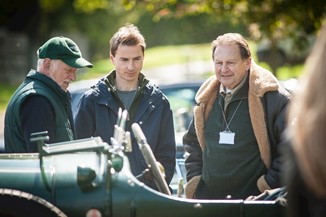 BPE Managing Partner John Workman welcomed guests, adding: ‘We always have some great discussions here, and this year with the addition of Brewin Dolphin’s clients, the mix is even better. Bringing our clients together through the shared passion for petrol means there was always something to talk about and the mix of business and pleasure keeps everyone relaxed and positive.’

Following the obligatory safety briefing and a familiarisation passenger-ride up the hill with the course instructors, the hill was opened to participants. With passengers hopping in and out, the discussion was as fast flowing as some of the drives.

Brewin Dolphin Divisional Director Paul Nurden commented: ‘With a balance of spirited driving up the hill and networking chats on the way back down, it was a fantastic balance to strike and the mix of our clients with BPE’s was great.’ 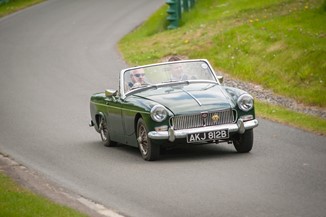 There was a fantastic selection of vehicles in attendance; with Caterhams and a Westfield representing lightweight engineering, and pure power being supplied from the likes of Mercedes AMG, Porsche and Ferrari, there was something for all motoring tastes.

The networking continued over lunch to the backdrop of some great video from the morning’s drives, followed by more motoring through the afternoon. It is the fourth time BPE has held a networking event at the Prescott Hill Climb, and the atmosphere was as energetic as ever. 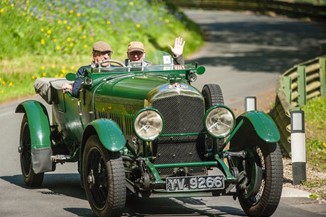