Regional firm, BPE Solicitors, is once again investing in its workforce, with the commencement of two new training contracts and a promotion.

New-to-the-firm Nick Buss joins William Carter in the now ten-strong trainee cohort. William has worked as a paralegal with BPE since 2017 and they will be commencing their traineeships in the Commercial Property and Employment teams respectively.

Thomas Hall is also celebrating following his promotion to Senior Associate in the Litigation team. Speaking of his experience with BPE, Thomas said: “Working at BPE is fantastic. The atmosphere is professional yet informal, and the focus is on getting the best commercial results for our clients. We are encouraged to make sure the work we do is perfectly aligned with our client’s objectives and forming long term relationships.”

The investment the senior management team places in the team is evident. Supporting William Carter in his progression from paralegal to trainee solicitor is just one recent example of the firm helping to grow the legal team of the future from within its own ranks.

Senior Partner, John Workman, said: “We know that encouraging our colleagues to achieve their potential, has developed a positive work ethic and paid huge dividends for them and the business.”

With more than 70 lawyers among the 130+ team, and ten trainees, BPE has always worked to cultivate the solicitors and partners of the future and with the current strong growth, this is set to continue. 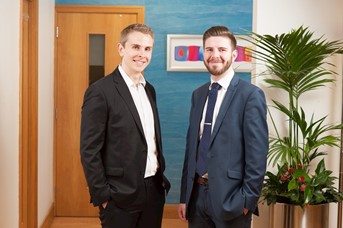