Guests of BPE Solicitors helped the legal firm to raise almost £4,500 for Macmillan Cancer Support as 15 teams teed off to compete in the latest event in BPE’s two-year fundraising campaign.

BPE is aiming to raise £54,000 – enough to fund a Macmillan nurse for a year, and this event see’s them approach three-quarters of their target. Following last year’s sponsored walk along the whole length of the Macmillan Way and the static bike challenge completed in March, this latest event in the two-year campaign was well attended, and the atmosphere in the clubhouse was fantastic.

Senior Partner, John Workman, said: “This was our inaugural charity golf day and the team did a truly amazing job arranging everything. We couldn’t have put on such an event without the help and support of Brickhampton Court Golf Complex.”

With individual competitions for the nearest to the pin, beat the pro and longest drive all as hotly contested as the best team score, there were winners all around the room when it came to the prizegiving. Mr Workman also won a prize on the day; the Longest Walk, for the golfer who should have left his clubs at home and enjoyed the sunshine on the course instead. 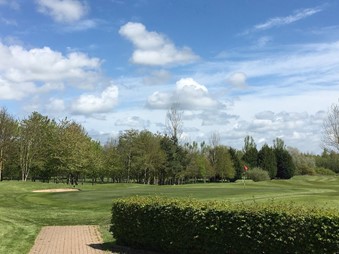 “It’s amazing what the businesses of Gloucestershire will give to such a great cause,” continued John. “Our partnership with Macmillan was initiated by one of our partners who sadly lost his mother to cancer a few years ago and he wanted to give something back to the charity that helps so many cancer sufferers and their families.”

The next event BPE are organising to raise funds for the charity is a Coracle Challenge race in July – more details to follow in the coming weeks. 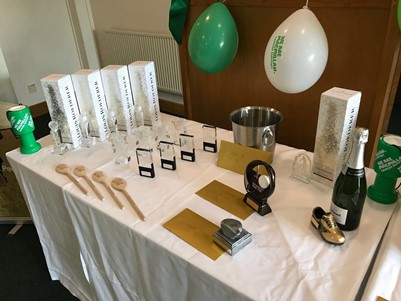