Gloucestershire business leaders were given a unique insight into the realities of a state-level cyber-attack, when representatives of the Estonian Government were the special guests of BPE Solicitors on 3 July 2018.

Following an introduction from Her Excellency Ms. Tiina Intelmann, the current Ambassador of Estonia to the United Kingdom of Great Britain and Northern Ireland, the Former Permanent Secretary of the Estonian Ministry of Defence, Mr. Lauri Almann, shared Estonia’s experience of suffering a state-level cyber-attack in 2007. His first-hand account captivated the audience of more than 40 invited guests, as he described the public unrest that was the focus of a critical incident response in the capital city of Tallinn when the cyber-attack struck. The attack disabled the government website which provided the only public platform for official communication.

“We had a choice to make,” explained Mr Almann. “There was a Cabinet-level discussion. Do we tell people what’s happened or deny it, saying it is simply a technical glitch unrelated to the riots? Transparency was the decision and the greatest dividend was people’s trust. It was a defining moment in the e-governance of our country, as people’s trust in our e-services grew.” 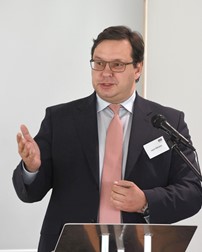 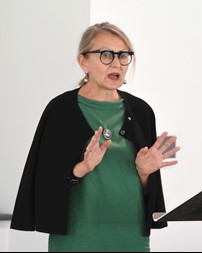 John Workman, Senior Partner of BPE and Honorary Consul to Estonia since 2013, added: “Cyber is not a technical issue, it is a strategic issue. This was a clear message from Lauri. As a young nation that had built its public service infrastructure online, including e-elections, it was well prepared for a cyber-attack. They were not the first or only nation to suffer a cyber-attack at state-level, but have been courageous in sharing their experiences for all to learn from. It is not coincidence that NATO’s cyber security centre is located in Estonia.”

A discussion chaired by Chris Dunning-Walton, Director of CyNam (a non-profit organisation aiming to bring together the best technology minds from SMEs and start-ups in the region) and Managing Director of Infosec People, continued the theme at a national and regional business level with contributions from panellists Ben Aung, Steven Mason and Steven Borwell-Fox, who all have extensive expertise in the cyber sector. 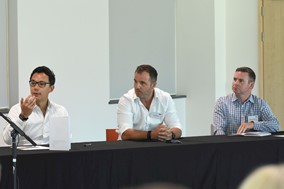 “Our sincere thanks to Her Excellency Tiina Intelmann and Lauri Almann for visiting us in Cheltenham, and to all our panellists and guests who attended,” adds John. “Cyber is an issue of relevance for all of us, as businesses and citizens. In addition to supporting clients in cyber-related law, BPE is committed to sharing the broadest possible insight on the subject from experts here in the county and beyond.” 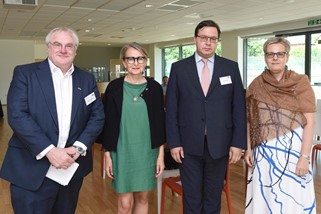 With thanks to Rob Lacey for providing these photographs.