Top 200 law firm, BPE Solicitors are delighted to announce, that they have become an official Business Partner of Gloucester Rugby Club.

Having been a member of the 1873 Club at Gloucester Rugby since it began over ten years ago, BPE are excited to develop the relationship further with a partnership agreement which includes exclusive sponsorship of the club’s team sheet. As a result of the agreement, BPE will also advise Gloucester Rugby on a range of legal matters.

John Workman, Senior Partner at BPE Solicitors, commented: “As a regional law firm rooted and grounded in Gloucestershire, BPE are delighted to become an official Business Partner of Gloucester Rugby. For several of our team, Gloucester Rugby on the pitch is a passion and to be able to add legal and commercial expertise off the pitch is a privilege. There is so much going on behind the scenes that we can get involved in - and bring others to - and there is much we can learn from the sporting ethos which runs through the heart of Gloucester Rugby.”

Adam Benson, Chief Commercial Officer at Gloucester Rugby, commented: “It’s great to welcome BPE Solicitors on board and I’m particularly pleased that a leading company is so keen to work with us. Their wide range of legal services, combined with extensive experience in both sport and commercial law, was a contributing factor to securing the agreement”. 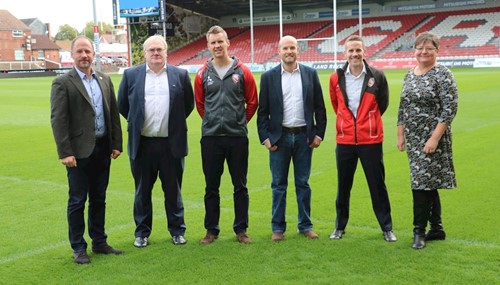