In a move which will strengthen BPE Solicitors’ senior management team, Antonia Shield has been made Managing Partner while John Workman will remain as Senior Partner.

As Managing Partner, Antonia, who joined the Top 200 firm in 2002 and has been Head of the Commercial Property team, will take on the more operational role with an internal focus while John’s responsibilities are external facing.

Having been promoted to Deputy Senior Partner in October 2018, Antonia has the skill set, drive and determination to take on and shape the development of the firm in collaboration with the wider Senior Management team.

John Workman explains: “The change comes at a timely point, with the firm recognising the need for strong dual leadership and management roles at the helm. This is something which is not unusual for firms of BPE’s size but is also a move that will ensure Antonia is at the forefront of the next generation of leadership as part of succession planning.”

“This is an exciting time for BPE and I couldn’t be more thrilled to be taking on the challenge of helping to steer us into the future,” said Antonia. “With John’s continued invaluable contribution to the firm playing to his market and client focussed strengths, we’re confident that BPE will reap the rewards from this new leadership structure.”

“I will continue to play a full part in the ongoing leadership of the firm, working closely with Antonia and the rest of the Senior Management team,” added John. “I still have the drive and passion to help ensure BPE continues to thrive and grow. As Senior Partner, my focus will be on client and public facing work, doing my utmost to represent BPE to the outside world as well as safeguarding the special DNA and culture which are so important to us.” 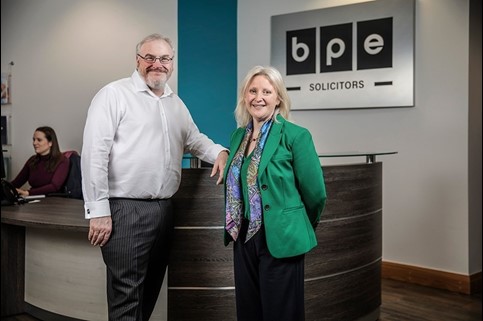