We have a reputation for being straightforward, fast thinking and practical. We don't sit on the fence, giving honest and practical advice and working hard to get the job done. We're easy to work with and our number one priority is to deliver cost effective, timely, legal expertise to all our clients.

Whether we're advising a UK Government agency on the procurement of cutting-edge research facilities, a leisure sector client on a rapid roll out expansion programme, GPs on building their own surgery or nationally renowned contractors on achieving an acceptable risk profile whilst still winning the work, we advise on what's important to you and only give viable options that we know will work.

Our clients are dynamic and entrepreneurial, and we respond by advising on the best strategies available so they can grow their business. We help clients de-risk projects, whether it's building a solar field, refurbishing leasehold commercial premises or commissioning a new building. Time, cost and quality are the three main drivers of any project and we work hard to deliver on all three.

We offer flexible charging structures; time, fixed fee, capped fee or contingent and can encompass wider packages such as our much valued in-house training programme or rescue helpline.

We can provide clients with tender-related services, including:

We can offer training seminars for you and your colleagues on a range of different subjects. The seminars can be bespoke to your individual needs and conducted either in house or at our offices.

Contract advice for UK roll out

We have advised Pure Gym since 2009 when it opened its first gym in Spinningfields, Manchester. Since then, we have negotiated and prepared a suite of construction documents for the fit out of almost every new site opened (Pure Gym have over 230 sites nationwide) as well as for a number of refurbishments for the earliest gyms.

Our involvement includes drafting professional appointments and JCT contracts and ancillary documents for the fit outs with institutional landlords as well as any further contractual input once works are underway. 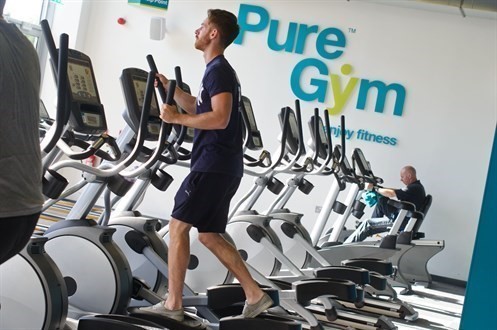 Boultbee Brooks Real Estate (BBRE) is an entrepreneurial, family owned business led by Clive Boultbee Brooks. The company, which deals with property investment and development, has an impressive track record spanning over 27 years, with total transactions of more than £5 billion in the UK and Europe.

Our property team has acted for BBRE since April 2014, handling many of the company's investment acquisitions, disposals, agreements and leases. In its first year alone, we supported BBRE with more than £70m worth of investments and development work, including the letting and sale of Rivington House in London, LK Bennett's new 16,000 sq ft head office.

We supported Reaseheath College through the procurement of over £20,000,000 worth of construction works including student accommodation, teaching facilities and improvements to their administration block.  Across a series of overlapping projects we drafted, negotiated and oversaw engrossment and execution of professional appointments, schedules of amendments to JCT contracts and various ancillary documents.  When the original contractor on one project went into administration we provided on going support for that process alongside preparing contracts for the replacement contractor.

The Construction & Engineering Team was part of a cross-departmental group of BPE lawyers who guided the GP Partners through a lengthy process which resulted in the opening of a brand new multi-million pound primary care centre in early 2019.  The construction team played a crucial role, advising on procurement options and preparing a suite of appointments and contracts which met with strict bank requirements, before negotiating the same with both the funder and the contractor and professional team.  We helped the client to get vital documents in place which were required in order to access funding.

Innovate UK moved to new premises at Victoria Embankment, London in 2018 and we assisted in the procurement of Cat B fit out works to the office which houses 140 staff.  The works were procured under two separately tendered JCT Design & Build 2016 contracts for which we drafted a bespoke schedule of amendments.