When Employers bite back - Costs awards against claimants

“Can we claim our costs back against the claimant if we win?”. The response to this common question sometimes comes as a bit of a shock to employers unfamiliar with Employment Tribunal claims. In this article we look at when an employer’s legal costs can be recovered and also highlight a recent case where costs were ordered against a self-represented claimant.

Employment Tribunals operate in many different ways to civil courts, none more so than in the way that costs are awarded to a winning party. In civil courts (the County Courts all the way up to the Supreme Court), costs usually “follow the event” which is legal speak for the loser pays the winners costs (or a portion of the same at the discretion of the Judge). This procedure is not extended to Employment Tribunals and often, win or lose, an Employer will remain responsible for its own legal fees in defending a claim.

Cost awards for either party in an Employment Tribunal are often seen as the exception rather than the rule. In 2015/2016 approximately 250 cost awards were made in favour of employers, down from 334 in the previous year. So, when does a Judge have the discretion to order costs against a party and what hurdles must be cleared before doing so?

A Tribunal may make a costs award where it finds at any time during proceedings that:

• A party, or their representative, has acted vexatiously, abusively, disruptively, or otherwise unreasonably in the bringing or conducting of the proceedings

• A hearing was postponed or adjourned on the application of a party.

The reasoning in the above bullet points essentially comes down to the conduct of either a party or their representatives. The decision as to whether conduct can be deemed to be unreasonable is a matter of fact for the Tribunal to decide on.

It is not uncommon to hear a claimant utter the words “it’s not about the money, I want my day in court”.   A possible example of unreasonable conduct by a party is the rejection of a reasonable offer to settle a claim prior to a Tribunal hearing.  Unfortunately for some claimants, the much stretched and publicly funded Tribunal system may not take kindly to such an approach and any unnecessary hearings may result in a costs award being made against a party.

Claimants With No Legal Representation

Whilst claimants that are legally represented should receive professional advice on the risks of unreasonable conduct, what happens when a claimant is a litigant in person and does not have the benefit of legal advice? Whilst cost orders are generally much harder to obtain against unrepresented individuals they are still possible as a recent Employment Appeal Tribunal (EAT) case has shown.

In Liddington v 2gether NHS Foundation Trust, Ms Liddington brought a number of complaints against her former employer including constructive unfair dismissal, whistleblowing and religious discrimination. The claims made by Ms Liddington were not regarded to be properly particularised by an Employment Judge.  A preliminary hearing was listed in which an attempt was made by the Employment Tribunal to assist the claimant in refining her claims.

In their subsequent judgment, the EAT upheld the costs award against Ms Liddington and gave guidance on costs awards against litigants in person. In its guidance the EAT stated that whilst the standard of pleading expected of a legal representative did not apply to lay persons, claimants should still be able to articulate in simple terms what was said or done, by whom and on what dates in order to clearly specify their claim. The EAT were keen to stress in this specific scenario that they had not found that the claimant's inability to articulate her claim was unreasonable conduct in itself, however they did find that her lack of preparation for the hearings contributed to her  inability to provide the relevant information. An award for costs against the claimant was therefore upheld.

Whilst not technically a cost order, an application for a deposit order is another useful tactic which can be utilised by respondents. Following an application for a deposit order, a Tribunal has the power to call a preliminary hearing to decide on the merits of particular allegations raised in a claimant’s ET1 claim form. Should an Employment Judge consider that any particular allegation in a claim has little prospect of success, they can make an order requiring the claimant to pay a deposit of up to £1,000 per individual allegation in a claim as a condition of continuing to advance that allegation.

Should a claimant go on to lose at Tribunal for essentially the same reasons as the Tribunal set out in a deposit order, this could have costs consequences for that claimant.  The claimant will be taken to have acted unreasonably in pursuing a claim or part of it and a costs award may be made against him or her.  The deposit payment may also be paid to a respondent in the event of a costs award to satisfy or part satisfy any costs award.

If you are currently defending a claim in an Employment Tribunal it may be worth undertaking a detailed review of the case and analysing whether a cost warning letter or deposit order may assist in defending the claim.

In the year to March 2016 over 83,000 claims were brought against employers in the UK. This article is a good starting point for exploring your options in respect of costs recovery. It is not intended to give a detailed review of all types of costs applications available to businesses; instead it highlights the most common and most useful options which may be used.

It should be noted that there are specific requirements for an application to a Tribunal in respect of costs. We always suggest that you take legal advice before proceeding with such an application in order to maximise your chances in a claim.

Finally, It is important to note that costs applications can work both ways.  It is open to a claimant to apply for costs against a respondent for unreasonable behaviour. Also, should a claimant be successful in their claim a Tribunal will also order the respondent pay the claimant’s Tribunal fees.  This will be in addition to any compensation ordered to be paid by the respondent. 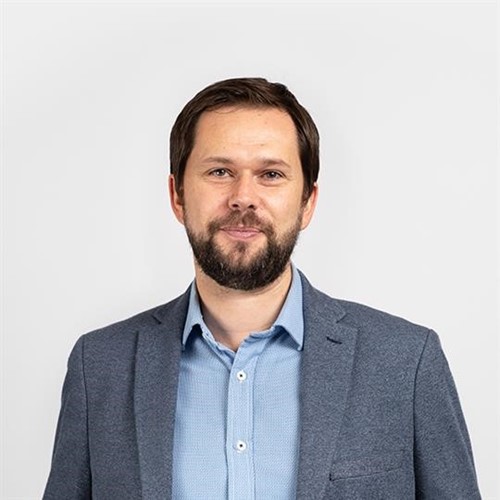