In the recent TCC case of Freeborn & Goldie -v- Mr Daniel Marcal t/a Dan Marcal Architects [2019] EWHC 454 (TCC) the architect was found liable for around £500,000 of damages to clients by whom he had been retained to design and project manage the construction of a new cinema in their London home. The case considers scope of retainer, duty of care and measure of damages but importantly turned on the evidence of fact, in respect of which Mr Marcal’s case was woefully lacking.

Time and again TCC cases start with Court having to determine the terms of the contract or appointment between the parties. Sometimes the parties have been in a “battle of the forms” but, more often than not, the issue is the parties failing to ensure that their relationship is recorded in a single written document signed by both parties.  In the case of construction projects, parties regularly seem - to fall into the trap of thinking that some early reference to a standard form contract or appointment will be enough to make those terms legally binding.  In addition to needing clarity about the ‘nitty gritty’ terms, it is crucial that parties take time to clearly record the scope of the retainer/works, and equally importantly, to record any changes to that scope.  Pertinent to this case is the fact that it is a requirement under the Architect’s Registration Board Code of Conduct 2010 that the architect puts in place a written agreement with his client which adequately confers, amongst other things, the scope of the work.

In this particular case, the parties first met in early May 2014, following which Dan Marcal sent an email to Christina Goldie setting out a clear list of services he would offer. The email included the phrases:

“Because the works are stage based, we have hold points where we can review my input accordingly and you can decide what suits you best.”

The architect argued that, following an exchange of emails and various meetings, he proposed to provide services on an hourly rate basis for a modest fee of £35/hr and that this created an ad hoc contract. The TCC disagreed, finding that:

“…by a contract made partly orally and partly in writing the Defendant was retained as architect and project manager to provide a full Architectural and Project Management service for the project at a fee of £35 per hour.”

In any construction process it is clearly critical that the client has the opportunity to approve designs and, indeed, any changes to those designs. In order to successfully defend a professional negligence action, it is also critical for the construction team to record those approvals in an orderly fashion.  The crux of this case was:

“whether or not Mr Marcal redesigned the cinema box without telling the Claimants and arranged for the construction of a cinema box which they had not approved."

Following initial meetings in the spring, by October 2014 the concept for the cinema had developed to the point of a glass box supported by four legs, as was recorded in some mock-ups sent to the clients on 30 October 2014. The appearance here was of what the claimants’ Counsel went on to describe as a “sleek modern look”.  Ultimately the cinema box was built with six columns and the Claimants felt it was better described as having a “wonky industrial look”.

Although the parties communicated mainly by email, the architect was unable to produce any email (or other written) evidence of having updated them on design changes or sought their approval of such changes.   The Court found that “no drawing was sent to the Claimants which showed the final appearance of the cinema”. As a result of this, the claimants were both shocked and disappointed by what was built in their home.  Although they later did sign off on some connecting design elements (for example, a staircase), the Court found that this was merely an attempt to make the best of a bad job.

Having considered the evidence (or lack thereof, see below) the Court concluded that:

“Mr Marcal redesigned the cinema box without telling the Claimants and arranged for the construction of a cinema box which they had not approved and which was significantly and critically different from the sleek modern look they were expecting.”

The tumble dryer of information

Before we look at the Court’s overall findings, it is important to look at the Court’s comments on the evidence and the disorganised nature of the few notes that Mr Marcal had kept throughout the project. In respect of the primary evidence, Mr Marcal’s defence conceded that the bundle of extracts from daybooks etc could be described as a “tumble dryer of information”.  The Court found them to be “confused, confusing and chaotic”.  It was from this tumble dryer of information that the defendant tried to evidence his case.  The Judge repeatedly found that the documentary evidence did not back up the defendant’s pleaded case and this led to findings that, in some areas, although the defendant had not been dishonest, his answers were “self-serving assertions based on little thought and chaotic records.”

The Court did therefore conclude that the architect had indeed been negligent in that he had:

By the time the matter was before the Court, it was established that the Claimants’ intention with the cinema was to demolish it. They were considering either re-instating the former swimming pool or hibernating it properly (it is beyond the scope of this article to consider in detail the issues around the hibernation of the pool) and turning it into a family function room.  The Claimants therefore sought the cost of those actions (in the alternative), together with their wasted costs spent on the now unwanted cinema and a claim for £10,000 for distress and inconvenience.

The defendant argued that the decision to demolish the cinema was more a reflection of a change of mind on the part of the claimants. His submission was that the correct approach to the assessment of damages (if the Court were to find that Mr Marcal had been negligent) was to consider whether the cinema could be made into the design agreed by the Claimants and whether the cost of doing so was reasonable.

The Court noted that the ordinary measure of damages is rectification but said the Judge did “not consider that this particular ugly duckling can be turned into a swan” and concluded that demolition was a perfectly reasonable course of action.  The Judge ultimately awarded the Claimants damages for the wasted costs in having the cinema designed and built (together with interest), the cost of demolition and £5,000 for “distress and inconvenience”: a total of around £500,000 (plus the interest).  Costs are yet to be assessed but from the Judgment it appears that these will follow the event.

So what should architects and, indeed, all professionals learn from Mr Marcal’s mistakes?

Although the “tumble dryer of information” is a very quotable phrase in the Judgment and it was clear that the lack of evidence significantly affected how Mr Marcal was perceived by the Court, readers will not have failed to notice that there was probably little by way of written record that could have saved Mr Marcal given his failure to have his clients approve design changes. Evidence of bad practice will clearly be of little or no benefit in defending a professional negligence claim, but if you cannot demonstrate your good practice you may find yourself no better off. 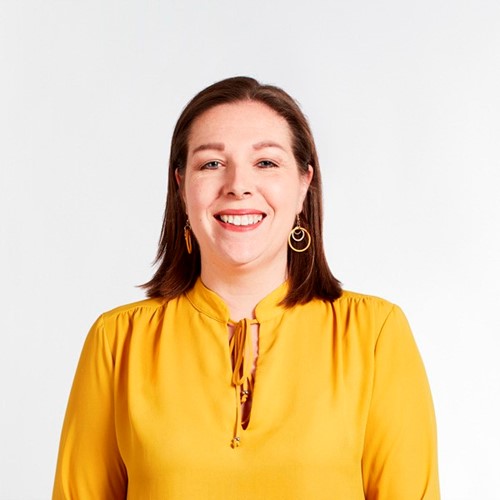