In this article, Katie Pickering considers when it may be possible to rely on your contractual force majeure clause. The article focuses on the recent case of Classic Maritime Inc -v- Limbungan Makmur SDN BHD and another [2019] which although principally a shipping case, has real application to the construction sector. In that case the Court considered whether or not it is necessary to show that the party seeking to rely on a force majeure or exceptions clause would have performed in accordance with the contract “but for” the force majeure or expected event, and whether or not the innocent party is entitled to damages if the liable party failed to perform, even if performance was impossible in any event.

What is force majeure in construction contracts?

A force majeure clause in any contract will seek to excuse a party from performing their obligations under that contract due to exceptional, unforeseen events or circumstances that are beyond the reasonable control of that party. These events could include natural disaster, terrorist attack or industrial action.

The term force majeure has no single definition in English law and in some contracts is considered a “relevant event”. In situations where a contractual obligation becomes incapable of being performed, it might be considered a ‘frustration event’ resulting in the termination of the contract. The contract would come to an end without any party being considered at breach.

In the JCT suite, force majeure is listed as a “Relevant Event”. The clause entitles the contractor to time but not money, it should also be noted that the clause does not automatically frustrate the contract.

In practical terms, under the JCT suite, it would probably be difficult to obtain an extension of time based on force majeure as a Relevant Event alone, as it is not defined and it may well become a contentious issue as to whether or not the event was a true force majeure event.

The NEC suite do not use the term ‘force majeure’, however NEC4 at clause 60.1 lists the compensation events which may entitle the contractor to an extension of time and/or additional costs. This list includes an event which prevents the contractor from completing the whole of the works, or prevents it from doing so by the date planned for completion which neither party could prevent and an experienced contractor would have judged the contract to have such a small chance of occurring...

FIDIC use the term “Exceptional Event” and it is defined as an ‘exceptional event or circumstance’ which:

The suite goes on to list events that may constitute an Exceptional Event (including war, terrorism, riots, strikes) but the list is not exhaustive and any event must simply comply with the four conditions listed above.

Facts of the case

The issue of force majeure clauses came before the Court of Appeal earlier this year. Ship owner, Classic Maritime Inc (“Classic”) and charterer/shipper, Limbungan Makmur SDN BHD (“Limbungan”) contracted under a Contract of Affreightment to ship iron ore pellets from Brazil to Malaysia between July 2015 and June 2016.

Limbungan intended to make shipments using iron ore pellets obtained from an iron ore mine in Brazil. However, in November 2015, the Fandao dam (forming part of the mine) burst with tragic consequences.

Classic sued Limbungan for failing to make five shipments under the contract, but Limbungan defended the claim on the basis a force majeure clause in the contract provided that:

“the Charterers…shall [not] be responsible for loss of or damage to, or failure to supply, load, discharge or deliver the cargo resulting from:…..accidents at the mine or Production facility…..always provided that such events directly affect the performance of either party under this Charter Party...”

Classic argued that a collapse in demand for steel had already seen the cessation of shipments earlier that year, so Limbungan would have not been in a position to meet the required shipments even if the dam hadn’t burst.

Limbungan contended that a party seeking to rely on a force majeure event is not required to prove that, but for the force majeure event, it would have fulfilled its contractual obligations. Limbungan relied on previous case law arguing that force majeure clauses which reflect the common law doctrine of frustration and provide for the immediate termination of the contract do not require the “but for” test to be satisfied.

The decision in the first instance

When it came to awarding damages, despite ruling that Limbungan was not entitled to rely on the force majeure clause, Classic were only awarded nominal damages ($1 per each shipment in issue) on the basis that had Limbungan been able to perform, the dam burst would have inevitably have prevented performance.

The Court of Appeal’s decision

Both parties brought an appeal as to the causation and quantum aspects of the original decision.

The Court of Appeal upheld the original ruling in respect of causation and emphasised that “what matters is not the label but the content of the tin”. They considered the language of the force majeure clause and agreed that the use of phrases such as “result from” and “directly affect the performance of either party” were supportive of the “but for” test and that the party relying on the clause would need to prove that the failure to perform resulted from the dam burst and directly affected the performance of its obligations.

“Although the judge [in the lower court] describes his approach as an application of the compensatory principle which was realistic because it took account of the reason why the charterer was in breach of its duty to supply the cargoes, this was in my judgment an irrelevant consideration in the assessment of damages. There is no case, or at any rate none which was cited to us, in which the reason why a party is in breach of contract has been held to justify, let alone require, a different approach to the compensatory principle”.

The compensatory principle stated above is a fundamental concept in contract law. It provides that parties claiming compensation for breach of contract can recover their actual loss. It places the party which sustained the loss in the position it would have been in had the contract been performed.

Limbungan had to pay damages to Classic totalling $19.8million.

This case highlights that when a clause does not contemplate the termination of the contract as a consequence of a force majeure clause (as a result of contractual frustration), and instead only excuses liability for failure to perform, a “but for” test for causation applies.

Within the standard contracts mentioned above, the term “force majeure” is very broad and has a wide interpretation at common law. It is common to see a written definition of “Force Majeure” in contracts, but there is some concern that a definition will narrow the scope of force majeure from the common law position.

It is likely that a party that will be expecting to rely on force majeure to avoid liability for delay will prefer the wide common law approach and will try to avoid amending a standard contract to define “Force Majeure”.

It is also important to note that when drafting contracts, drafters should be aware that the inclusion of words such as “results from” and “causes” in force majeure provisions are likely to require the application of the “but for” test. 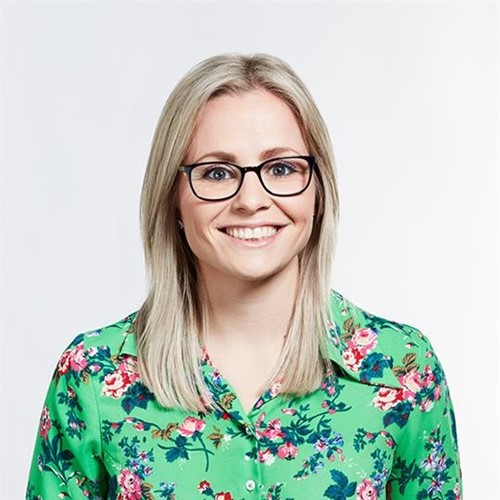