Are non-binary people protected under the Equality Act?

Whilst the terms non-binary and genderqueer (a precursor to the term non-binary) may seem like new adjectives to many, the terms have actually been around in print since the 1980’s. It is perhaps surprising, therefore, that it has taken so long for the terms to reach mainstream culture, and it is only in the last few years that mainstream media freely provide regular commentary on the topic.

So what exactly is non-binary?

Non-binary is an umbrella term in which an individual identifies as either;

It is clear, therefore, that non-binary relates to an individual’s “gender identity”.

How does it affect employers?

Firstly, as a pre-cursor, it is important that all employers are aware of their legal responsibilities under Equality Act 2010 in relation to discrimination. However, what employers may be interested to learn is, that despite being a marginalised group, non-binary individuals do not currently meet the definitions entitling them to protection under the Equality Act. In what appears to be a perfect example of the law not keeping up to date with cultural changes, what does this mean for employers?

What is the law?

It is important to clarify why the protected characteristics of sexual orientation and sex (both of which are protected under the Equality Act) are not at all relevant to this discussion. Firstly, sexual orientation relates to attraction (i.e. heterosexual or homosexual) which has no bearing on someone’s gender identity. Secondly, whilst sex and gender are often conflated, put simply, sex is biological (male, female, and intersex) whereas gender is a social construct which is better understood as a spectrum relating to traditional roles.

One of the other protected characteristics which often leads to misinterpretation by employers is gender reassignment. Gender reassignment is defined as the following under S7 Equality Act:

I have underlined the important parts of Section 7. By the letter of the law, Section 7 extends solely to protect transgender people who identify with being male or female because it relates to a process to reassign sex (a more binary concept). Historically, such a “process has been taken to mean medical intervention".

However, as years progress and society changes, we have seen a perceived shift from the understanding that a medical process is required in respect of gender identity. Unfortunately, the courts and tribunals have yet to catch up with society’s understanding. The next logical step would therefore be for gender reassignment to be construed broadly to include anyone who falls under the wider transgender umbrella, which includes non-binary individuals.

As of the moment, we have not seen any precedent in the legal system which would support this hypothesis. However, taking the Equality Act with Section 3 of the Human Rights Act, which states that legislation should be read in a way which is compatible with the European Convention on Human Rights, you could argue that non-binary people are covered by the existing legislation. Indeed, this was raised in the recent judgment in Forstater v CGD Europe which stated that Maya Forstater’s view that ‘sex’ is a material reality which should not be conflated with ‘gender’ (and, by extension, that trans-men are not men, and trans-women are not women) was incompatible with human dignity and fundamental rights of others. By reverse engineering this process, we may see that discrimination against non-binary individuals finally becoming unlawful. We await a case to test this hypothesis.

Of course, this is not the only means by which the law could develop. Famously, in late 2019, campaigner Christie Elan-Cane argued in the Court of Appeal that the current rules on passports only using ‘M’ and ‘F’, without a third option of ‘X’, for those who do not identify as male or female, was unlawful. A judgment is awaited on the case. This is not a new concept. Last year, Canada introduced gender-neutral passports, joining a host of other countries including Australia and Germany. Nepal has gone even further, with their Supreme Court dictating the third category be allowed for all official documents, including on bank accounts, property and university registers. If the UK follows the lead of these countries, it would follow that legislation would need amending, requiring recognition for non-binary gender identity and affording it protection.

Hopefully, this article will raise awareness of the issues at play. However, the important point to grasp is to be respectful and polite. For example, ask what pronoun the individual would prefer where this is not clear and use that or non-gendered terms such as ‘they’ if you are unclear. Equally, dress codes should not be gendered – ‘business attire’ is far more suitable than a dress code which could state ‘men to wear suits’ or ‘women may not wear heels over 3 inches’ (requiring women to wear heels obviously brings about an entirely different risk of discrimination). In time, I anticipate that the protection will be afforded, which is of paramount importance. Don’t be behind the curve.

Please also read the guide below which will assist in ensuring inclusivity at the workplace.

Special thanks to Alex Powell, a PHD researcher and graduate teaching fellow at City, University of London for his assistance in writing this article.

A useful guide has been written by the Scottish Trans Alliance.

A link to the recent judgment in Forstater v CGD Europe can be found here.

These notes have been prepared for the purpose of an article only. This article should not be regarded as comprehensive, nor as a substitute for taking legal advice. 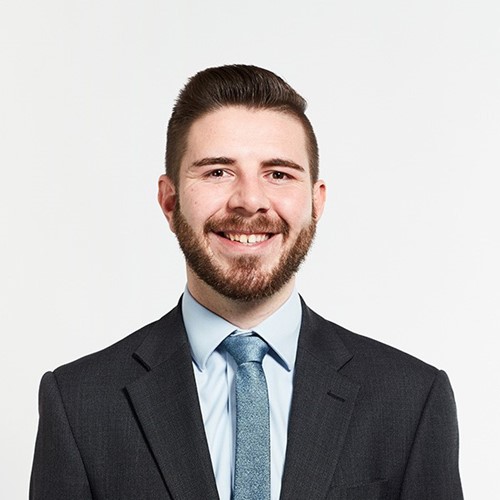