AIM has recently handed down a fine to Sensyne Group plc in respect of a set of related party transactions (RTPs) dating back to 2018.  The fine came to £580,000 (reduced to £406,000 for early settlement) for breaches of Rules 13 and 31 of the AIM Rules for Companies (AIM Rules), both of which are very basic rules that underpin the whole relationship between the AIM company, its shareholders, its nominated adviser and AIM.

Under Rule 13 of the AIM Rules, a company must issue notification without delay as soon as the terms of a RTP (which exceeds 5% in any of the related class tests) are agreed, disclosing:

For the purposes of the AIM Rules, related parties are either a director of the company, a substantial shareholder (10% or more of the share capital) or their associates.  It goes without saying that if the Nomad advises that the transaction is not fair and reasonable then the company must not enter into it.

Awareness of the AIM Rules is one of the prerequisites for admission to AIM and the Nomad has to confirm (and the company’s lawyers have to confirm to the Nomad) that the AIM Rules have been explained to the company’s directors as part of the admission process.  This can involve not only the AIM company’s lawyers advising the board by way of written memorandum but also the Nomad advising the board face to face of their AIM Rules obligations.  In addition, the terms of engagement between the company and its Nomad normally require the company to undertake to comply with the AIM Rules, a requirement usually reiterated in any placing agreement for any related fundraising. So, pleading ignorance of the AIM Rules is not really an option.

Based on the facts set out in AIM’s Disciplinary Notice (AD24), the timeline of events appears as follows:

November          Board resolves to award the CEO (Lord Drayson) and the CFO (Lorrimer Headley) bonuses of £850,000 and £200,000 respectively for a successful Admission and fundraise.  These proposed payments fell squarely within the definition of a RTP but, although the executives were entitled to participate in the company’s contractual bonus scheme, these bonuses were one off bonuses outside such scheme.  No mention of such payments had been made at the time of Admission (or within the Admission Document).

The executives text the Nomad, Peel Hunt, about “proposed” bonuses being paid to the executives in the above sums.  Peel Hunt reply in short order that any such proposed payments will be RTPs on which they would have to opine and their view is that the size and nature of the payments are definitely not fair and reasonable as regards shareholders and so should not be made.  However, on the assumption that these are just proposals and will not be progressed there is no need for any formal opinion.  Subsequently, the executives advise the rest of the board that there will be no further communications with the Nomad on the executive bonuses (did the executives tell the rest of the board that the Nomad had advised that the bonuses were RTPs, were not fair and reasonable and so should not be paid?).

End-August        A draft Remuneration Committee report mentioning the bonuses is sent to the Nomad as part of the audit process.  The Nomad assumes the bonuses are still “proposals” only.  Again, the Nomad advises the company that the bonuses are RTPs on which it will have to opine and its view is that such bonuses are unlikely to be fair and reasonable.

September         Further discussions around the bonuses but no one corrects the Nomad’s view that the bonuses are still at the proposal stage.

October               The Nomad realises that the bonuses have been paid and the company is required to announce the payment of the bonuses AND the fact that the Nomad will not support the bonus payments being fair and reasonable.

22 October         After discussions with institutional shareholders the Board announce that the CEO, Lord Drayson, will work for the rest of the financial year ending 30 April 2020 for a nominal salary of £1 and no bonus will be paid for that financial year except after consultation with institutional shareholders.  His previous year’s salary was £350,000 plus a performance-based bonus of £150,000 PLUS the bonus of £850,000.  The CFO’s remuneration is unchanged.

AIM has now ruled that:-

The company pleaded that it did not class the payment of the bonuses as a RTP but this fell on deaf ears as the AIM Rules are quite clear and Peel Hunt and the company’s lawyers would have made sure that appropriate advice would have been given to enable the board to recognise a RTP if it saw one.  The penalty AIM applied (a fine of £580,000 reduced to £406,000) was made against the Company, not the board members or the executives who had received the funds without sign off by the Nomad.

Given Lord Drayson’s interest in Sensyne (he and his family held just under 30% of the share capital after Admission) the Nomad required him to enter into a Relationship Agreement under which he undertook not to take any action that prevented the company from complying with its obligations under the AIM Rules.  In order to agree to that undertaking one assumes that the AIM Rues were explained to him in detail otherwise how could he have known what he could or could not do?  The executives, i.e. the CEO and CFO, determined not to involve the Nomad in any further discussions of the bonus payments and that would seem to be a breach of this undertaking.  So why has the Nomad or the company not taken any action under that agreement to recover its loss?

The Placing Agreement would in the normal course have included obligations on the Company and its Directors to comply with the AIM Rules and to notify the Nomad of any breach of the AIM Rules.  If the CEO and CFO breached these then why was no claim brought against them by the Nomad?

For all the “protection” of legal agreements entered into by the AIM company and its directors with the Nomad, the chances of a claim under any of them are very small.  No Nomad wants a reputation for suing its client, the client’s directors or major shareholders.  These agreements look good in the Admission Document and allow the company to comply with AIM Rules but they are of little effect if no one enforces them.

How did the directors not appreciate that they had to notify any RTP and consult with their Nomad?  To what extent did AIM review the robustness of Peel Hunt’s briefing of AIM Rules compliance to Sensyne’s board?

All the members of the Sensyne Remuneration Committee had to fall on their swords – not all at once – but they have all been replaced. While all the original board members had excellent CVs, their AIM company experience was minimal if not non-existent.  Regardless of whatever AIM Rules briefing they were given, if those non-executives had had broad AIM experience then they would have been aware of what an RTP was and what was required of them under the AIM Rules once a RTP was proposed.  This should have been something that the Nomad reviewed at some point in determining the suitability of the board.

Shareholders of Sensyne might ask why the Company has been fined £508k and had to suffer the payment of bonuses totalling in excess of £1 million.  Shareholder funds reduced by £1.5m and no recourse?

AIM was established to operate on a “light touch” regulatory basis and it is the Nomad’s duty (not AIM’s) to ensure that its clients comply with the AIM Rules.  The question AIM asks when something like Sensyne comes to its attention is not “why did the company breach the AIM Rules” but rather “why didn’t the Nomad do its job?”.  No Nomad wants AIM to decide they should not be a Nomad any longer.  So, next time you fail to mention something to your Nomad, do not be surprised by its exasperated response when you do finally “fess up”.  It is the Nomad who then has to try to smooth things with AIM and you as the client will not know what other black marks your Nomad already has on its scorecard with AIM.

It is essential that you keep up to date with the AIM Rules or at least refresh your knowledge of them.  Only then can you appreciate when you need to contact your Nomad.  Either that or keep an open line to your Nomad.  Or you could ask Anthony Rudge or Louise Grzasko at BPE Solicitors LLP to give you an AIM Rules briefing free of charge. 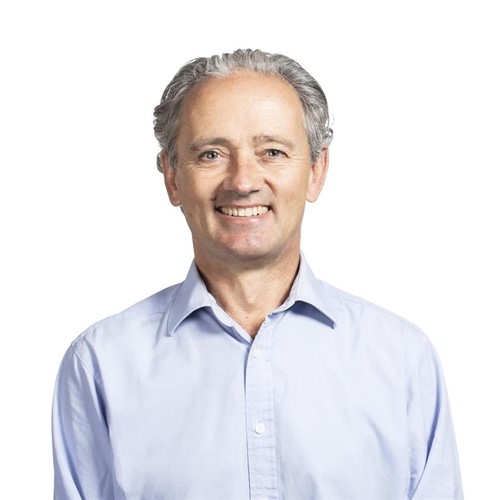