This July saw BPE Solicitors act as headline sponsor for the Cotswold Show for the third year running. BPE’s stand was transformed into a vintage tea shop with an unlimited supply of freshly brewed tea, homemade fairy cakes and afternoon teas made by Tea Vintage.

With entertainment and face-painting provided for children, the vintage tea room gave show-goers the perfect opportunity to enjoy a perfectly brewed cup of tea and a few minutes well-earned rest before re-entering the fray of an incredibly busy and successful country show. 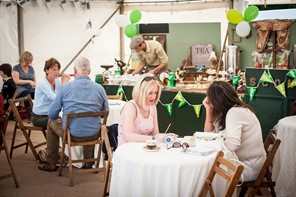 Guests to the tent were asked to make a donation to Macmillan Cancer Support in exchange for their refreshments, and thanks to their generosity, BPE raised £694.61 which will go towards their BPE Macmillan Way Challenge, which see’s Equity Partner Rob Bryan walk all 297 miles of the Macmillan Way during the course of July.

“I am so pleased we were able to spread the message about our BPE Macmillan Way Challenge and am so grateful to everyone who made a donation over the weekend” says Rob Bryan.

The sun shone on the Cotswold Show and Food Festival, now in its 29th year, and visitors turned out in abundance to enjoy the entertainment and catering provided by local suppliers within the grounds of Cirencester Park.

BPE Senior Partner, John Workman, commented: “It’s an honour to have been associated with the Cotswold Show for the past 5 years and joint headline sponsor for 3 of those years. We have loved being a part of the fantastic atmosphere and welcoming so many clients and members of the public to our tent over the weekend.” 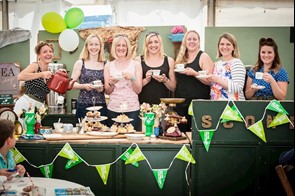