Guests of BPE Solicitors were treated to the brilliant story and festive delights of the renowned Gloucester Services, as well as the opportunity to fit in some early Christmas shopping as the fantastic retail outlet hosted the latest of BPE’s ‘Art of’ events. 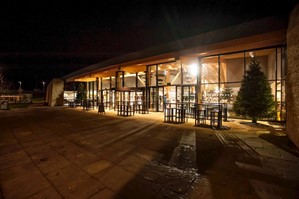 With the welcome drinks reception underway, delegates were given a brief history of the company by Local Food Sourcing Manager, Nicola Wildin, detailing the background to the business. Back in 1972, when the new M6 motorway cut through a corner of their Cumbrian farm, John and Barbara Dunning set up Tebay services bringing something different to motorway services by way of freshly prepared local produce served in its 30-seat café.

Fast forward to 2014 and the M5 Northbound Services was opened, with work commencing on the Southbound counterpart on the same day. The idea was to create a motorway services on the M5 which would not only create local jobs but provide a sustainable income to help the local communities and economies thrive. In order to protect the immediate environment and avoid to impinging on the surrounding Cotswold landscape, the main building is bedded into the undulating hills, with its roof hunkering down below the horizon, and its profile softened by its organic form and grassland covering.

Following the business model of the original services in Cumbria, Nicola explained: “Community sits at the heart of Gloucester Services, creating local jobs and employment opportunities for Gloucestershire residents and retailing local produce enabled the Westmorland family and Gloucestershire Gateway Trust to put down roots in Gloucester. With the majority of our colleagues coming from the county, and sourcing from 130 food producers within a 30-mile radius, we are proud to have achieved this.” 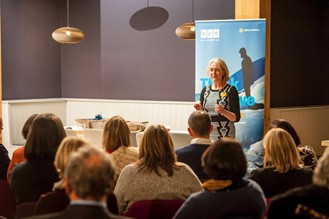 Describing the incredible journey of just one of many suppliers, Nicola explained, “Their initial target was to sell 6,000 sausage rolls – a staple of motorway services – in their first year. In reality they surpassed this many times over, selling almost 60,000 units of the savoury snack.”

Guests were also treated to a tour of the premises, including a chance to make some early Christmas purchases from the shop. “The butchers and patisserie were of particular interest to our guests,” comments Helen Cankett, Partner in the Family team at BPE. “It was a real treat to hear the story of such an innovative business model, which is still the only family run service station on the UK road network. Innovative businesses that really show entrepreneurial spirit find kindred spirits at BPE – it encompasses all that we work towards and stand for in our own business model.”

BPE launched the Brilliance programme of events to celebrate the extraordinary achievements and diverse talents that flourish within the Cotswolds. This was the sixth event in BPE’s Brilliance series, with previous events held at Beards Jewellers, the Highgrove Estate, Crazy Eights at No.131, Hobbs House Bakery and Woodchester Vineyard. 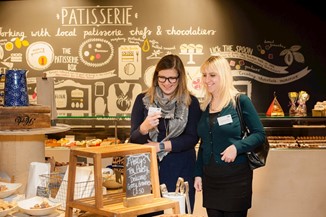