Guests of BPE Solicitors were welcomed by one of the most renowned of British supercar manufacturers, as the ‘Art Of’ event series continued with the Art of Luxury Motoring. Hosted by Aston Martin Cheltenham, highlights included hearing the inspirational story behind H.R. Owen, as well as enjoying the heritage and engineering beauty of Aston Martin.

Set in the showroom, with the beautiful Aston Martin range on display, guests were taken through the history of the H.R. Owen franchises which started in 1932. Former First World War pilot Captain Harold Rolfe Owen, injured in a plane crash, and with his flying days over, entered the motor trade. Swiftly enjoying great success in this sector, he soon opened his own dealership in London’s Mayfair.

With close links to Rolls Royce, the H.R. Owen brand flourished and today includes dealerships for the most iconic of brands; Bentley, Bugatti, Ferrari, Lamborghini, Maserati, Rolls Royce, and of course Aston Martin. 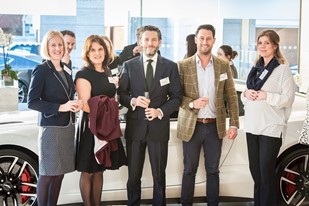 Brand Ambassador, Paul Carvell, described the rich heritage of the brand and the company, and pointed out that Aston Martin ownership was perhaps not as unobtainable as people may imagine. “A great example of a ten year old V8 Vantage with low mileage and the H.R. Owen seal of approval could be picked up for as little as £40,000,” he explained.

While still expensive, this was well received by the guests who were surrounded by £200,000 examples of luxury motoring. After the talk, those attending were invited to look round the showrooms, getting up close and personal with some fantastic examples of British engineering.

Senior partner, John Workman, said: ‘It’s been an honour to come to the showroom and hear about the brand chosen by Bond himself. The entrepreneurial spirit encapsulated by Harold Rolfe Owen is evident in many of our clients today – and it seemed fitting that we should hold an event in such an establishment as this.

“I wonder if, in the coming months, any of the cars on display will find themselves in the BPE car park,” John continued. “There appeared to be some very in-depth discussions between Paul Carvell and a number of our guests, so we shall have to wait and see.” 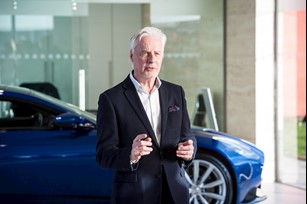 BPE launched the Brilliance programme of events to celebrate the extraordinary achievements and diverse talents that flourish within the Cotswolds. The Art of Luxury Motoring was the seventh event in BPE’s Brilliance series. 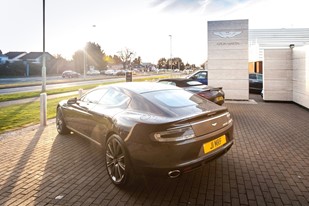