BPE Solicitors are delighted to confirm they will continue as an Official Business Partner of Gloucester Rugby Club for the next two seasons.

Having been a member of the 1873 Club at Gloucester Rugby since it began in 2007, the relationship developed further ahead of last season with an agreement which included exclusive sponsorship of the club’s team sheet. As a result of the partnership, BPE also advised Gloucester Rugby on a range of legal matters.

And both parties were keen to extend the relationship as confirmed by Partner and Head of Property Services at BPE Solicitors, Jo Bewley.

“Having worked with Gloucester Rugby over the past year, it has become apparent that we are very similar, both in terms of the ethos of our businesses and our passion and commitment to those we work with and for (not to mention our passion for the game itself!).

“We look forward to working with the wider Gloucester Rugby team over the coming years and continuing to develop this relationship.”

“Our relationship with BPE Solicitors goes back many years, and we were delighted when they became an Official Business Partner last year.

“We’ve really enjoyed working with them over the past 12 months and look forward to continuing to do so.” 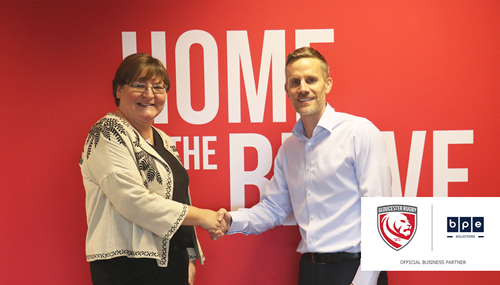