Golfers from across the county (and beyond) joined BPE Solicitors for their annual golf day  in aid of Winston’s Wish, the childhood bereavement charity. The event raised almost £4,000 which will help Winston’s Wish to support children who have been bereaved of a parent or sibling.

In a fiercely fought contest, the winning team was Kellands (Gloucester), with Barclays following closely behind in second and the ‘Sultans of Swing’ in third. A range of competitions on the day included the ever popular ‘Beat the Pro’ as well as a charity auction and raffle, which helped to  raise £3,800. This means that so far this year, BPE Solicitors have raised enough money to pay for all of the services that Winston’s Wish provides across the South West region for two days.

This includes everything from every call the charity is able to answer on their Freephone National Helpline, to the face-to-face support provided by their professional practitioners, right down to the utility bills of their office space in Cheltenham. The charity estimates that their services across the South West region costs approximately £2,083 per day.

Senior Partner, John Workman, said: “This is only our second charity golf day and I’m really proud of the team who organised it and grateful to everyone who joined us for the day. I would also like to thank Brickhampton Court Golf Complex, who hosted the event, for their help and support for the second year running.”

“As ever I’m extremely grateful to the businesses of Gloucestershire who take part and support such a great cause,” continued John. “This year our charity of the year was chosen by a staff vote and we’re delighted to be able to support Winston’s Wish as they help children come to terms with one of the most traumatic situations they  can face.”

Paul Moore, Head of Corporate & Community Engagement at Winston’s Wish, said: “We were delighted when BPE Solicitors chose Winston’s Wish as their charity of the year.  Whilst we are a national charity, our headquarters are in Cheltenham and we were delighted to see so many local businesses taking part in the BPE charity golf day.  We can’t thank them enough for their fundraising efforts which will help us to achieve our ambition of doubling the number of children and teenagers we’re able to support across the UK by 2022.”

BPE Solicitors would like to thank the sponsors and companies who kindly donated prizes for the auction and raffle, including Brickhampton Court Golf Complex, The Everyman Theatre, Ian Coley Shooting School, The Botanist, The Bottle of Sauce, Motorcycle Live, Sudeley Castle and Capreolus Distillery.

BPE is also currently running the Enterprise Challenge asking teams from local businesses to turn a seed fund of £50 into as much as they can for Winston’s Wish.  For more details about the challenge, please visit www.bpe.co.uk/enterprisechallenge 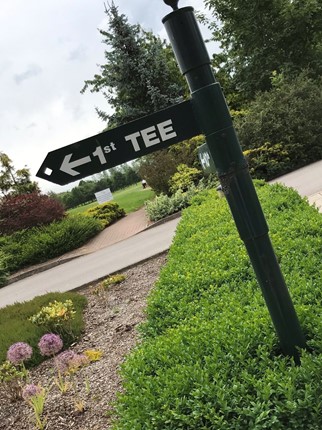 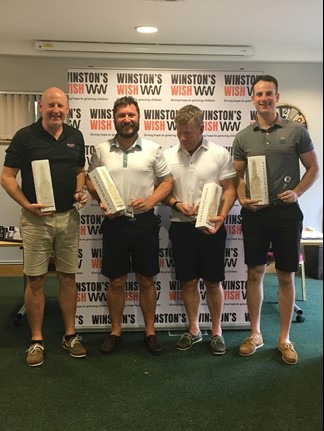 [Above] Winners of the Golf Day - 'Kellands' -  Kellands Gloucester Ltd 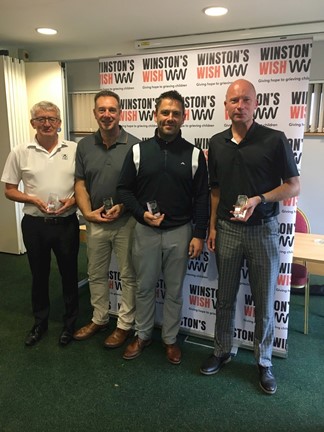 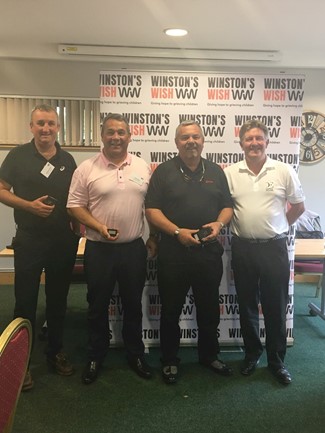 [Above] Third place - "Sultans of Swing" - BPE and Ringers